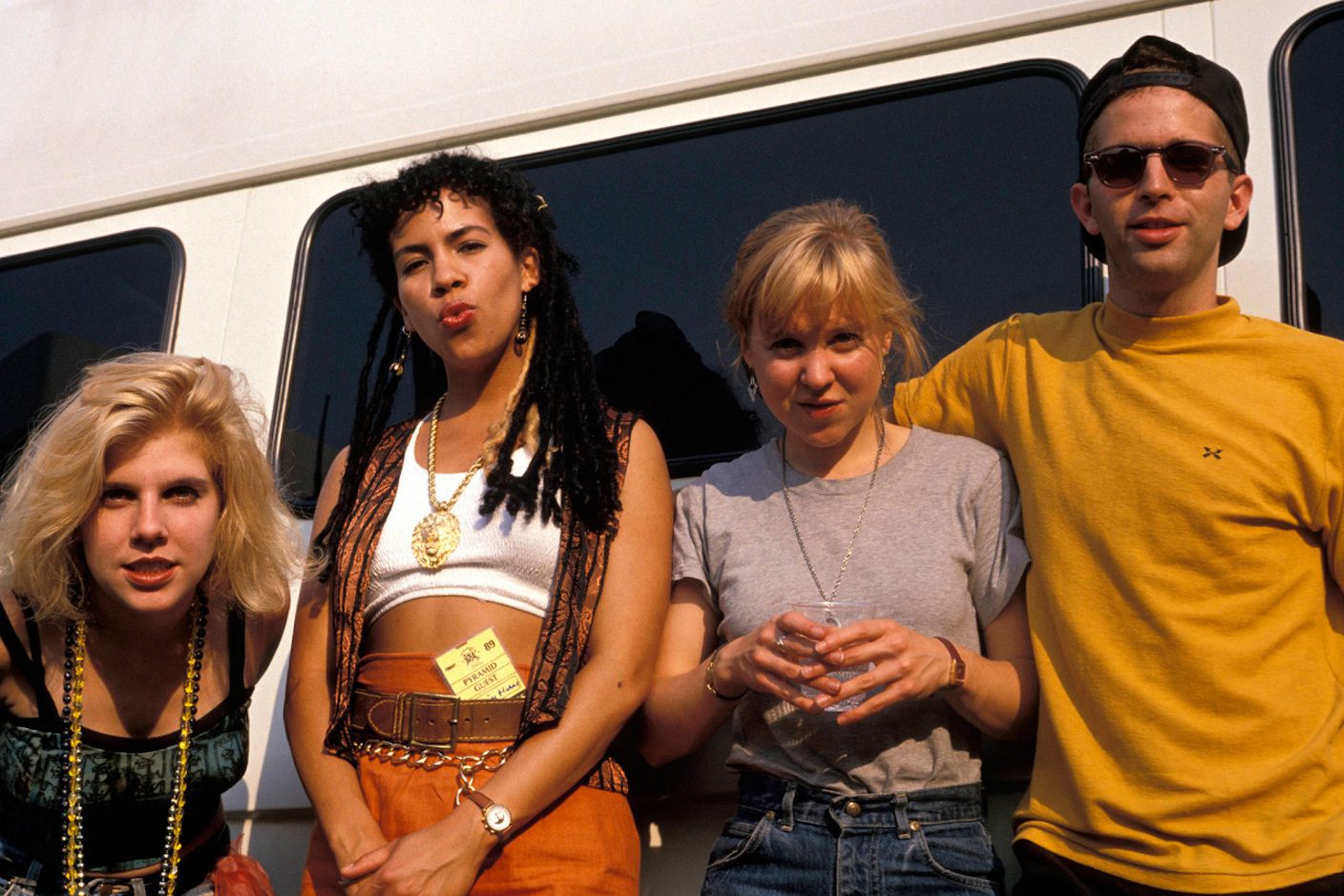 Year 1972, Dude and Crane move with their daughter, Kristin Hersh, to Newport, Rhode Island. She’s a six years old girl. Until then, Hersh family lived in Atlanta, Georgia. Dude is professor and Crane a special educational needs teacher. They’re hippies. In those days, “hippie” wasn’t an offensive word. Kristin’s family lived in a commune.  “Everything was kind of soft focused until I got to this cold place. But, this island was the hooker with the heart of gold. There is warmth and it’s not for strangers, it’s for the people who have proved themselves, it’s a hard ridden place and they let you in after a while.”[1]

Kristin is a southern girl. Full blooded. Her accent betrays her, always. At first, she doesn’t conceal. It doesn’t mind. Kristin preys on the jeers. She belongs to the South. She’s practiced. No one survives in the South without knowing what the price of a discussion or a mockery is. The fights persist. Kristin always wins. But she sees herself as a retarded with good manners. In the South Kristin also learned to be educated with machines. To give thanks to vending machines after picking up the can of soft drink.

Time runs. She carries on protecting herself. One day, after three years in Newport, Kristin meets Tanya Donnelly. Tanya is nine years old, like Kristin. She suffers when Kristin is beaten up in the fights with other kids. The new friend of Kristin helps her to camouflage her accent. She shouldn’t say things like «how grateful I am, ma’am.» A typical Southern upbringing. Each new street fight, her accent is fading, but not good manners. Every time Kristin knocks down a kid of a stroke, she helps her to get up again.

Kristin and Tanya live in Aquidneck Island. It’s a land polarized by hardcore people and surfers, by Irish community and Narragansett Indians. It’s the Irish New Orleans. It’s Pubs, Libraries, Stonewalls and voodoo. Aquidneck Island is an Indian word. It means Awkward Neck. It was settled by Irish in 1776. It’s a town of contradictories synergies. It’s a strange place for kids.

Tanya was born when her parents were teenagers. They work in a Folk Festival. They love music. Tanya’s parents are hippies too. In her home, the speakers are always at the top of its volume. Her father plays the records of Neil Young, Beatles and Stones. He’s the rocker. Her Mum likes Dylan and Joan Baez. She’s the female folk lover. The balance between folk and rock impregnates in the subconscious of Tanya. Above all, Young. In Kristin’s home, sounds more diverse music. Her father play records of minimalists like Philip Glass. But also, Appalachian Folk Songs. Although more than anything, he’s a Talking Heads’ fan. Such diversity embeds an idea in the mind of her daughter: never reduce music to styles. For her, that’s racism. Kristin wants to know how are made the sounds of these songs. But she wants to be the author of them. She’s a shy girl, but she discovers the trick: music transforms her in another person.

In 1975, Kristin’s father teaches her to play guitar. He gives her one. She learns the chords. Soon she becomes habituated to the metallic touch of the strings. Dude wants to teach her Bob Dylan and Neil Young’s songs. But the chords are boring. Kristin dislikes it. Her father finds a solution: “Play colors”.

Only two years later, her parents separate. Sometime later, her mother and Tanya’s father get married. Since now, they’re step-sisters. In 1980, Tanya receives a present, a guitar. The ties strengthen. Tanya and her recent step-sister started to invent their first songs. They’re just 14 years old. This is the perfect age to discover punk music. Both sing and play guitar. But, «the band was totally my idea,» says Hersh. «We were 14, and I was a pain in the ass about it. Tanya didn’t even want to play anything for a year.»[2] Tanya is fascinated by New York’s CBGBs scene and British post-punk. Raincoats are her favorites. Their folk decontextualization through a body of surreal and raw velveteen punk will be one of the most solid patterns in Throwing Music developing sound in the closest future. Kristin loves X. The first record she bought was Under the Big Black Sun. It’s not casualty than their first musical melodies drink of the impact that provokes her X and Raincoats, L.A. punk, roots and post-punk. Kristin composes two premature signs of ‘Call Me’ and ‘Soul Soldier’. Tanya’s answer is ‘Green’. Six years later, this triad of genius evidences will be master gears on the first Throwing Muses album.

As they start to mix up chords in their guitars, in 1980 they debut playing at Lupo’s, Rhode Island. Also they play in The Living Room. There, their first concert is desolate. There’s no audience. But Club’s owner has an idea: gives one dollar for person to enter. Like remembers Kristin, “you’d go drink to forget the sound of the horrible band, I guess”. They are seven years underage, but are contracted because of the reasoning that “girls don’t start fights.» Self-learning is convulsive. Tanya plays a Casio on an ironing-board stand. In the next years, they will support bands like Volcano Suns, R.E.M., Meat Puppets and Violent Femmes. Rhode Island is a college town for its live venues and open scene. Kristin and Tanya play these clubs. But they’re not alone. Bassist Elaine Adamidis and drummer Becca Blumen play with them. Adamidis also writes songs. Becca plays with hardware a do it yourself junk drum kit made of hubcaps.

The early Muses songs are poppy, even funny, New wave lo-fi songs. The funny feeling soon will be cut short. One day of 1983, Kristin is riding in her bike. In a snap, she’s hit by a car. Collision is brutal. Even for a southern girl. Her head beat down against pavement. Her left leg is break in pieces. She loses too much blood. At the time, she just thought it was cool. “Oh, yeah, so it feels like this, now I know. But my one concern was that since my leg was cut in half, my foot was underneath my leg. When I lifted up my leg, it was cut right in the middle of my shin, so there’s a bone sticking out, with no foot on the end, so I didn’t think I had a foot anymore. My first thought was ‘I can’t be in a band.’ Which is bogus, like why not? That doesn’t make any sense at all but for some reason I thought I couldn’t be in a band without a foot and that really bummed me out so I went looking for my foot and found it and stuck it back on so no one could tell and say I couldn’t be in a my band anymore.” Finally, she doesn’t lose her foot. Her head either. In one photograph taken in these hospital days, doctor appears helping Kristin to walk on the crutch. Her look is totally lost in the pain, clenched teeth, a restrained snort. Grimace on his face is the picture of someone who’s searching for the next scene, whatever it is.

After the accident, Kristin starts to hear sonic haunting inside her head. At first, she crosses her mind in a mechanical, industrial, way. Sounds appear like parts of a puzzle she has to compose. Firstly, arise in the form of metal crunches, uncomfortable murmurs. Evil inner voices that she would try to repress, but could not. Among the mess, she finds the profiles of the bass, the guitar, the drums, melody. Each sound is an increasingly defined track. Circumambulate in her head in a continuous replay. Songs come in aural visions with colors. A neurological condition called synesthesia. Pain is horrible. She fades away with a little help from the psychoactive drug lithium. Her mind is a sounds’ jail searching for relief among the outline of a song. There’s only one solution: she puts them on parole. And for that, she has to give them concrete form. As she recognized in an interview for The Guardian in 2011: «As soon as I give a song a body in the real world, it stops playing and I breathe a sigh of relief, in precious silence.» At that precise moment, songs became a separate entity. In result, Kristin had developed an alternate personality. Rat Girl is her name. The extremes of her conscious mind had been separated. Music is not her therapy. It’s her illness. Is a demon itself. Her dream of being a scientist it was over before it started. Music is the only solution to cure the pains that pierces her head.

Kristin discerns sounds and translates it in a personal grammar vocabulary. She doesn’t write songs. Songs writes her. Every time a new song arrives, it triggers a suicidal urge. “Their angry, edgy nature reflected the sound inside my head,”[3] Kristin said of her early songs. “Delicate Cutters” was born in this time of confusion. She sings to her other self, who lives in the bedroom of his mind. The scene is painted with nervous poetry.

«And the walls begin to scream….

I throw my hands through the window. Crash.

Three Years after the accident, ‘Delicate Cutters’ will be the epilogue of Throwing Muses, band’s debut album. It’s the only acoustic song of the record, the only one with Kristin alone. Listening to herself, trying to discern a handrail connecting the extreme poles, that take turns insides her. Her goal doesn’t differ from the used by writers of the 19th century like Charlotte Perkins Gilman in The Yellow Wallpaper.  In this story Gilman portrays the narrator’s insanity through a gothic literature’s way. A method that also will be used by Slint in ‘Don Aman’, where it’s described an individual’s unbearable experience of ‘being watched from the outside.’ Or The Fall’s ‘Flat of Angles’, where Mark E. Smith adapts H.P. Lovecraft’s “Cool Air” within a paranoia state of a 20th industrial city, Manchester.

For Kristin the song transit moves in circles. It starts with her and ends with herself. She carves each word with tremulous patience. It sounds like two Siamese voices colliding. It’s the most vivid manifestation of his mental illness. Verses are written from the fear for a ghost appearing. It could be an Edgar Allan Poe’s tale, but it isn’t. This is real. Chilling. Kristin describes with telluric accuracy Rat Girl’s daily visit.

It’s four o’clock, I’m waiting
Your face appears
I keep forgetting your name
While I’m writing this, you
You crash through the wall
You fall off the floor

The next verses are almost immodest. The scene is so clear. Kristin is fighting against herself. Her guitar’s touch is terribly tense. She’s not singing anymore. She’s doing tightrope on her vocal chords.

If there’s one song apparition that Kristin needed to eject from herself, that’s ‘Delicate Cutters’. Once, Kristin was asked how she could bear to sing this song. And she answered, «What’s the alternative? Is to have this song in my head and not let it out? Nobody could survive that.»[4]

“Delicate Cutters’ was done with a specific purpose: to be the last step of the Throwing Muses’ debut LP, the song that closes the most obscure chapter in Kristin’s life. It is the one which precedes its dazzling reverse, when she gives birth to her son Dylan at the age of 20. In less than a year, she had been pregnant, was diagnosed of bipolarity and schizophrenia, had signed with 4AD and created one of most inspiring records of this last three decades. One which was being modulated like pieces of broken glasses glued in an amorphous form. Like matryoshka songs, one inside another, purgatory and paradise, a correlative map of Kristin’s mental grottos. The ones that started to expand in 1983 after Kristin’s bike accident. A disturbing sound was born. And Throwing Muses was its receptacle. 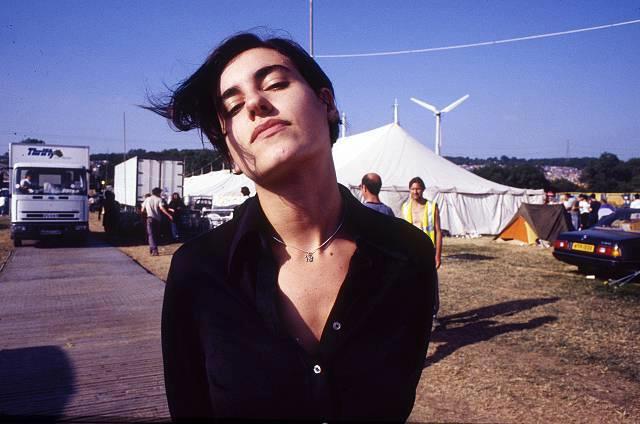 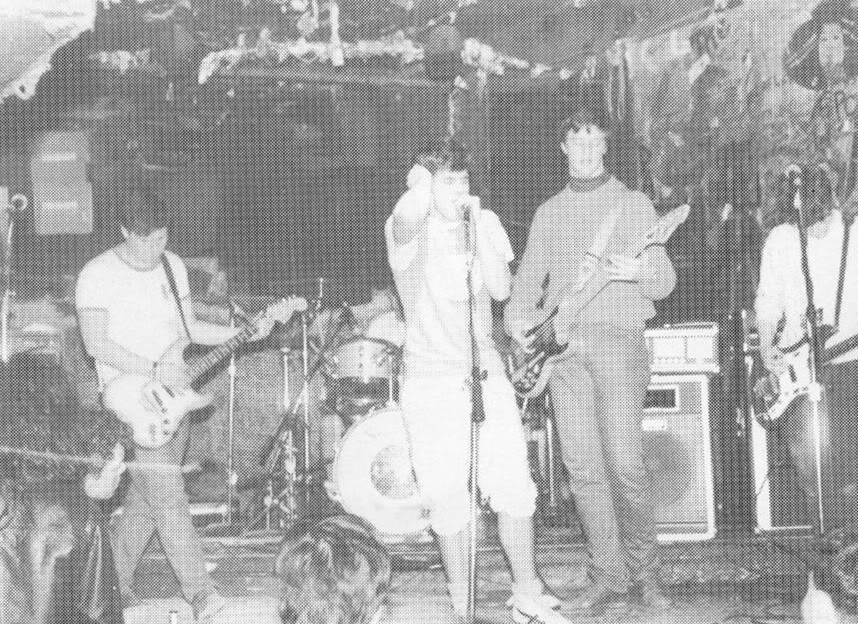 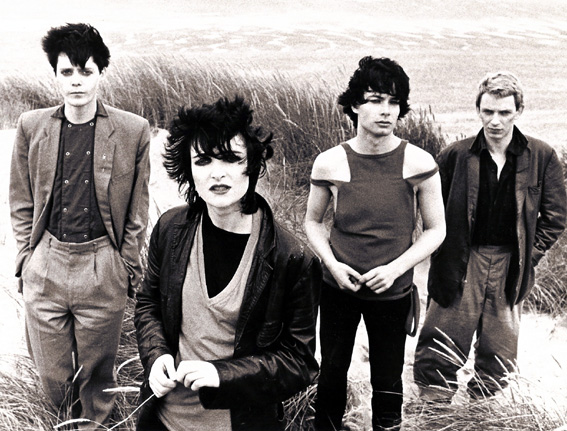