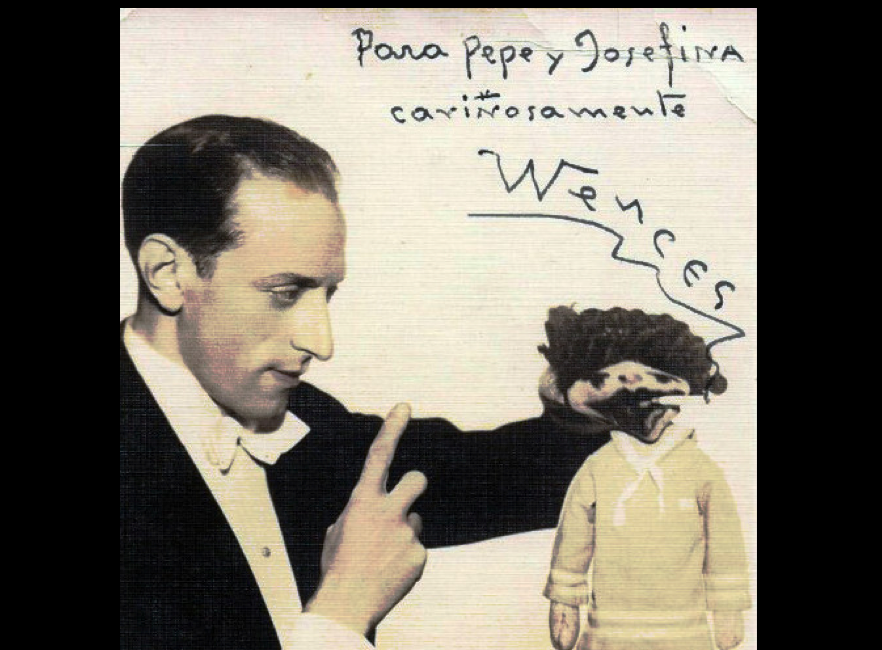 Life at sea was far better than Wenceslao had imagined, and he took to his tasks on the cruise ship like a salamander to water. He derived a sick pleasure from listening to the complaints of his German guests, and in turn they enjoyed his inhuman ability to endure whatever subtle verbal abuse they lodged his way. This arrangement led to being invited to one of their raucous parties where Wenceslao learned to love the taste of Apfelschorle, which every cruise ship in the line was required to have barrels and barrels of on-board.

Wenceslao was in the middle of drinking a glass of the stuff and explaining to one of the guests that the water in the swimming pool was green because it was pumped in from the sea while promising to see if he could find some blue food coloring in the galley when the first mate ran up to him. «Wenceslao!» he yelled, bending over to catch his breath, «Didn’t you hear the call? Maese wants all nonessential crew assembled as soon as possible.»

«What’s wrong, sir?» Wenceslao asked. But the first mate wouldn’t tell him anything in front of the guests. Wenceslao went up to the assembly and stood in the back with the rest of the hospitality staff just in time to see the Maese arguing loudly with one of the officers. Their overnight stop in Venice a few days before had apparently brought with it a strange illness, later called the «Spanish flu» because in those days everything was just a hair more racist than today, and they were being denied entry in every port along the coast. The ship was in effect quarantined until further notice. They had supplies enough to last for two weeks at sea. That wasn’t the issue. No, the problem now was breaking it to the passengers.

Meanwhile, Doctor Fistus had been eagerly waiting for weeks in the shoebox he’d rented from a bachelor for word from Helena about the arrangements for their impending nuptials, and at last she’d replied! Doctor Fistus sliced open the letter with one of his scalpels, inhaled the sweetly perfumed contents, and began reading. The wedding was off. Helena had decided she didn’t love Doctor Fistus after all, and had returned to the embrace of her first boyfriend, Mauricio. She ended her letter with a formal, impersonal apology, and…that was that. Crestfallen, Doctor Fistus was unsure what to do next. He considered pouring himself into his medical work and eschewing women for good. But his thoughts kept returning to Helena, and Doctor Fistus decided the only thing left for him was a swift end to the pain. He stole a shoelace from the bachelor and fashioned a noose, which he hung from the back of a chair. As the shoelace tightened, Doctor Fistus turned purple and purely out of reflex began kicking his legs violently at the air. And then it was over.

Some hours later the bachelor returned to his apartment and found Doctor Fistus’s lifeless body hanging from his favorite dining chair. He knelt down beside him and untied the lace, laying his roommate on the dining table. «Damn you, this isn’t over yet!» he yelled at the hand-corpse. The color slowly returned to normal and Doctor Fistus rolled over on his side, gasping and coughing for oxygen. The bachelor leaned back in relief, and brought two glasses and some sherry to the table.

«Wha-what time is it?» Doctor Fistus asked, downing his glass in one slug. The bachelor told him it was half past twelve. «Four hours…but how? How am I alive?»

The bachelor refilled the doctor’s glass and cleared his throat. «You can’t die yet, my friend.»

Doctor Fistus shook his head, not understanding his words. «What the hell does that mean?»

«It would be,» the bachelor continued, «narratively inconvenient for you to die now.» The bachelor stood from his chair and paced the dining room with his hands behind his back, as if he were a character in a terrible murder mystery that had reached its denouement. «You see, all of this before us,» the bachelor gestured to the room and by extension the wide world beyond it, «is fiction.»

Doctor Fistus choked on his sherry and began coughing. When he’d regained himself, he replied, «What are you talking about? Have you been smoking opium again? Because I’ve read some recent medical literature on the substance and it seems it’s not as healthy as we once believed.»

«Yes, I have, but that’s not what this is. My friend, you don’t exist. None of this does.»

«This version of Spain, this room, you, me, we are all a fantasy. And this fantasy has a plot–in the most generous sense of the word–and that plot calls for you to die many years from now.»

Doctor Fistus stared at the tablecloth and said nothing for many minutes before shaking his head and saying, «This is ridiculous and derivative.»

«It is ridiculous, Doctor, but when something is intentionally ridiculous it becomes a very serious matter. There is an upside, you know….Your bride, Helena, is also not real.»

The fist stared at the tablecloth again, twiddling his limbs sadly and tugging at the cloth with his feetnails. «You’ve read the letter then…»

The bachelor approached and put his arm around his roommate. «I used the corner of it to start my pipe and then happened to see what it was, yes. Don’t you see, Doctor? None of this matters. That’s why you must go.»

«No, my dear friend. To your real family. To Wenceslao. He needs you, Doctor Fistus.»

«That ship could be anywhere! If he’s even still on it…»

The bachelor stood up again and retrieved a world atlas. «He’s here, Doctor.» The bachelor flipped the atlas open and pointed at a spot in the Atlantic.

«But how do you know all these things?»

«There isn’t time or space to explain, my friend. This is supposed to be a short article in an online magazine and we’ve already lost 97% of our readers due to the length and monotony. Now run! Run as fast as you can before it’s too late!

Doctor Fistus finished his glass of sherry, belched, and hopped down from the table and out the door. Despite their long friendship–a bond forged in financial expediency and made only stronger by the doctor’s recent resurrection and enlightenment–they nodded but said no parting words, for both understood there wasn’t a second to spare for hugs or goodbyes. Mainly because the bachelor had just explained that to him seconds before and they both still remembered what he had just said.

«One more thing,» the bachelor said as Doctor Fistus opening the front door. He stopped and turned around. The bachelor continued, «When you see your friend again tell him to write down his story and to make it exactly 9 chapters long.»

The bachelor raised his open hands in the air and then brought them down to the sides, as if explaining to someone what a rainbow looked like. «The illusion of profundity, Doctor.»

Fistus shook his head. «The what? I don’t understand…»

The bachelor drew him another rainbow. Fistus nodded and left. 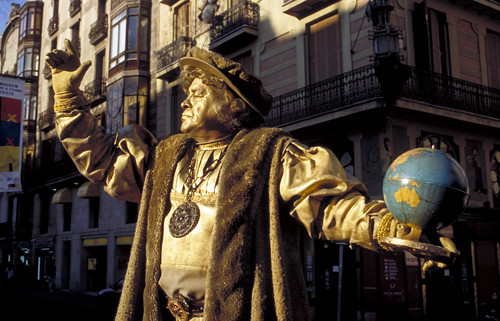 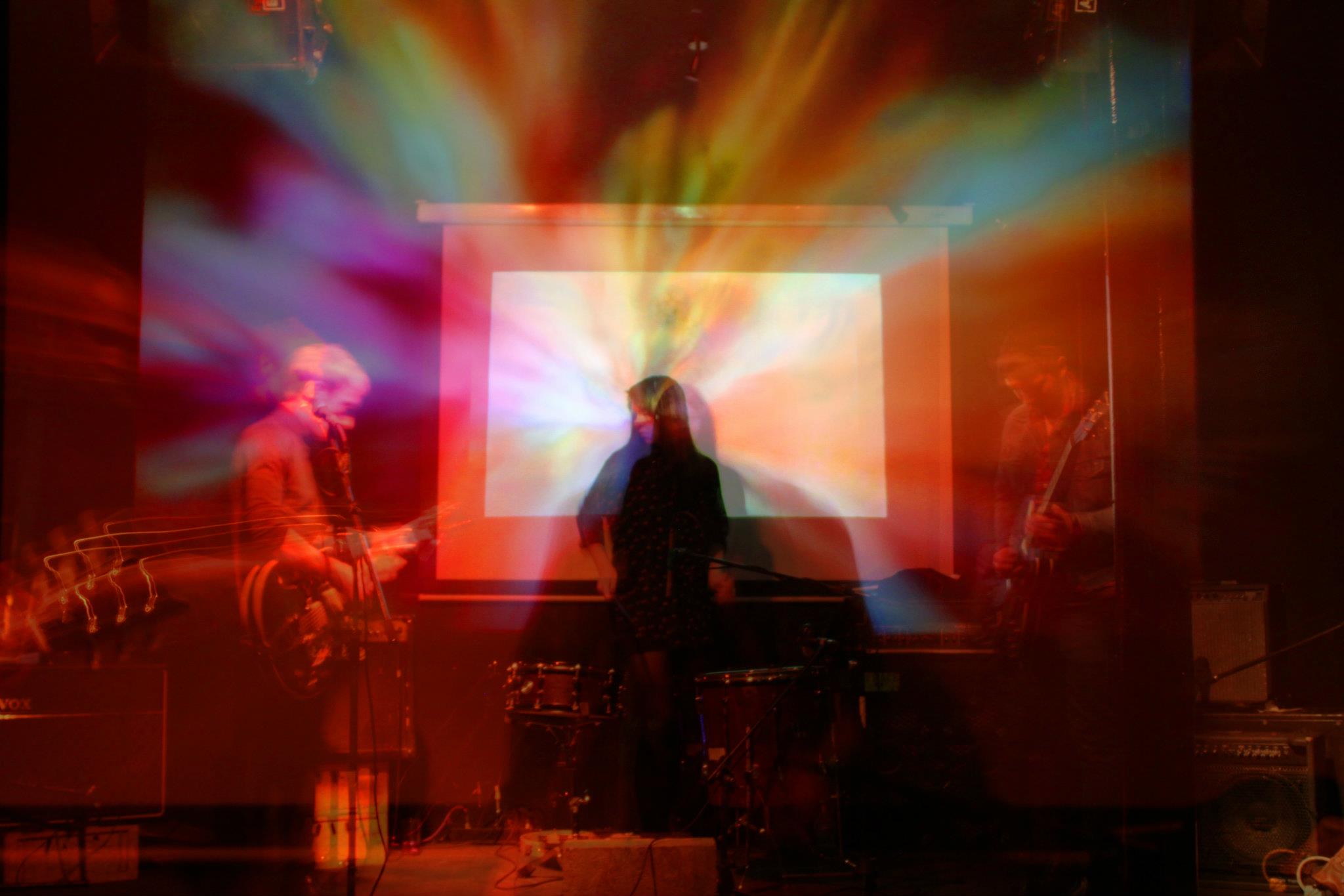